WHAT INSPIRES US TO EMPOWER YOU 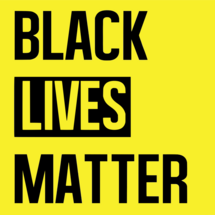 Live Wire Theatrical Management mounts professional stage productions for a fraction of the standard cost to produce them. The capitalization and weekly running costs of our most recent production of DISASTER! at the Nederlander Theatre were well below industry norms.

Our mission is to keep upfront production and weekly running costs as low as possible while maintaining a robust marketing campaign and the show's artistic integrity.  We believe that a production’s financial success and cultural longevity can be greatly enhanced by an experienced, energetic and thoughtful approach to general management, one we are excited to provide.

OUR COMMITMENT TO ADVOCACY AND EQUITY IN THE THEATRE INDUSTRY

​Live Wire Theatrical Management commits itself to adopting anti-racist and equitable policies in the operation of its business activities and to advocate its productions to adopt anti-racist and equitable policies and practices for BIPOC colleagues and employees. We recognize the systemic injustice and oppression of BIPOC in our country and commit to creating a space free of racism and injustice in the theatre industry for BIPOC community members.

Currently, Live Wire Theatrical general manages the Off-Broadway revival of LITTLE SHOP OF HORRORS at the Westside Theatre, James L. Nederlander’s presentation of KRISTIN CHENOWETH: FOR THE GIRLS at the Nederlander Theatre, and the Off-Broadway production of THE WHITE CHIP at 59E59 Theatres.

Robert developed the musical XANADU, with a book by Douglas Carter Beane and direction by Christopher Ashley. Robert produced the show on Broadway where it won the Outer Critics Circle Award for Best Musical and the Drama Desk Award for Best Book of a Musical. The show was nominated for four Tony Awards including Best Musical. Robert produced XANADU on U.S. national tour, as a sit-down production in Chicago and in Japan, and licensed first class productions in Germany, Brazil, South Korea, and Australia, and licensed stock & amateur rights to Music Theatre International.

Robert executive produced the UK version of FINDING NEVERLAND at the Leicester Curve Theatre in 2012. The musical was directed by Rob Ashford with a book by Allan Knee, music by Scott Frankel and lyrics by Michael Korie.

Robert has presented several concerts on Broadway, including KATHY GRIFFIN WANTS A TONY in 2011, FRANKIE VALLI AND THE FOUR SEASONS in 2012 and THE TEMPTATIONS AND THE FOUR TOPS in 2014. All three concerts were critical and commercial successes. He also general managed the benefit concert of GLORIA ESTEFAN & MIAMI SOUND MACHINE on Broadway in 2015.

Robert general manages STARS IN THE ALLEY each spring in Shubert Alley for the Broadway League. He teaches a graduate level course on commercial theatre at the Tisch School for the Arts at NYU.

Chris is a proud graduate of New York University’s Tisch School of the Arts. He began his career as the General Management Assistant at Roundabout Theatre Company and subsequently as the Office Manager for Roy Gabay Theatrical Production and Management. His first company management position was on the Off-Broadway play BEEBO BRINKER CHRONICLES at 37 Arts.  He also managed several readings, festival shows and workshops of various productions throughout his early career. Among these was the first workshop, Off-Broadway production and Broadway production of the Tony-nominated Musical FELA!, with Producer Steve Hendel and Director/Choreographer Bill T. Jones. This groundbreaking production, starring Tony Award nominee Sahr Ngaujah and Tony Award winner Lillias White, would go on to earn eleven Tony Award nominations and win three Tony Awards in the 2010 season.